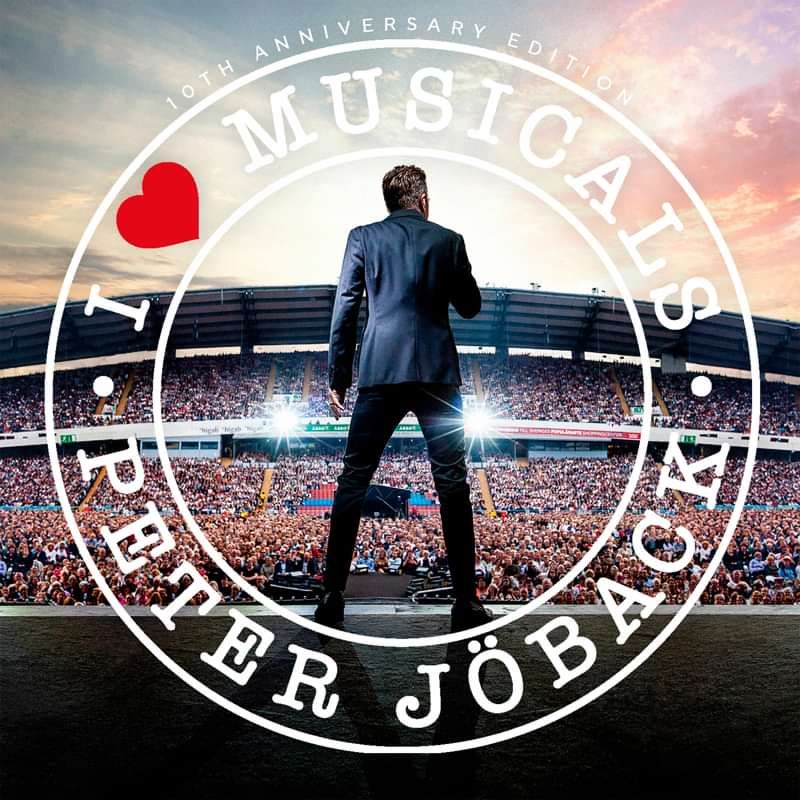 Tracklist:
1. Intro.
2. Everybody Says Don’t from Anyone Can Whistle.
3. Why God Why from Miss Saigon.
4. The Phantom Of The Opera from The Phantom Of The Opera.
5. Music Of The Night from The Phantom Of The Opera.
6. I Don’t Care Much from Cabaret.
7. Luck Be A Lady from Guys and Dolls.
8. Gold Can Turn To Sand from Kristina Från Duvemåla.
9. Pity The Child from Chess.
10. Epiphany from Sweeny Todd.
11. Sunset Boulevard from Sunset Boulevard.
12. Come What May from Moulin Rouge.
13. Gethsemane from Jesus Christ Superstore.
14. Who’s The Man from The Witches of Eastwick.
15. You’ll Never Walk Alone/Climb Every
Mountain from Carousel/The Sound of Music.
16. Annars vore jag inte jag from Livet Är En Schlager.

BONUS Track.
17. Down To The Sea from Kristina Från Duvemåla.

Peter Jöback is one of Sweden’s biggest stars and he has had a very successful musicals career in the UK and across the globe. In 2012 Peter (alongside his successful musical theatre career in London and New York and his massive pop/crossover career in Sweden), created an arena concept called I Love Musicals. After sold out arena tours in 2012, 2013 and 2015, he took the concept to Tokyo in 2016 for two sold-out concerts in the iconic Budokan arena. In 2017 the I Love Musicals show became the biggest musicals concert ever when it was performed at the Ullevi football stadium, in Gothenburg in front of 27,000 people!

The I Love Musicals album, originally released in 2012, is a stunning collection of Peter’s renditions of the best songs from world famous musicals such as The Phantom of the Opera, Cabaret, Jesus Christ Superstar, Chess, Miss Saigon, and Sweeney Todd. On this 10th Anniversary Edition Peter has recorded an exclusive bonus track which is an English language version of Down To The Sea, the beautiful ballad from the musical that kickstarted his career, Kristina Från Duvemåla, by Björn and Benny.

By signing up you agree to receive news and offers from Westway. You can unsubscribe at any time. For more details see the privacy policy.

By signing up you agree to receive news and offers from Westway. You can unsubscribe at any time. For more details see the privacy policy.